This is a digital 1:1M scale offshore quaternary map. It was digitised from paper maps by Carto North to DigMap standards. This shapefile contains attributed polygons. Attribution follows LEX_ROCK standards. 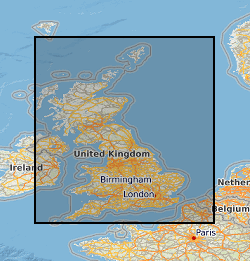