Whilst this dataset covers England only, it is expected that a similar dataset will be made available that covers Wales. 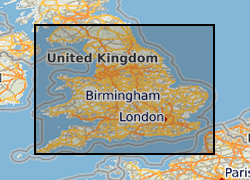