Statement
In late 2000 the MH AP collection consisted of a large collection of, often disorganised, sub-collections scattered throughout the building and among different staff members. Although some of the sub-collections were well organised, with detailed photo listings and flightplans (indicating geographical coverage very accurately), others merely hinted at the extent of their areal coverage. Quite a few sub-collections gave no indication of their location at all. The worst examples were loosely jumbled up in black bin bags. By late 2001 all photos (except those being worked on by cuurently by staff) were merged into 4 filing cabinets in MH and catalogued in the inventory spreadsheet. By late 2003, the inventory spreadsheet had been updated with newly purchased and newly discovered photos as well as modified to include details of digital holdings and satellite imagery. 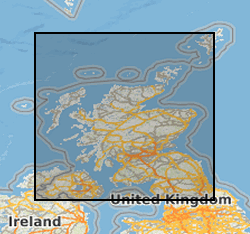