Other constraints
Access to data must be approved by the BGS IPR department. BGS is the custodian of the Coal Authority data, but the Coal Authority has retained ownership. NERC is the copyright holder for purposes of data supply. All BGS staff have rights to enquire on data holdings. CA data are not free: internal users and external customers have to pay the costs involved, hence the retrieval restriction. These restrictions were set out in a Heads of Terms (HoT) document agreed between BGS and the Coal Authority in 1998/9 for 5 years. However, this was never fully ratified and expired 2004. The replacement is still subject to negotiations between BGS and CA. Until the new agreement is confirmed, it is assumed that the terms of the original HoT apply. Where data fall within an extant mining licence the permission of the licensee must be obtained. Use through the standard BGS Data User Agreement procedure.

Oldest data from early 1970s. No data added after privatisation of coal mining industry. Concentrated in coal mining areas and areas prospective for coal. Tape Image file (TIF/ARC) data have been reorganised into folders reflecting the Prospect, Year and Seismic Line for storage on the SAN. Original indexing of the Tape files is not 100% reliable. Third Party Dataset.

Data stored in the form in which they were delivered to BGS. Processed seismic sections separated from bulk archive for client enquiries. Some data transcribed from original 9-track field tapes by specialist contractors as requested by client and a copy given to BGS for Coal Authority archive. 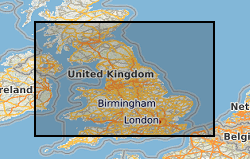