Radar satellite images of the ASAR (Advanced Synthetic Aperture Radar) sensor of the ENVISAT satellite are used to measure the near source ground displacements. The ascending image pair (track 220, with the acquisition on 2007-11-14 and 2008-04-02) and descending image pair (track 399, acquisition on 2007-08-13 and 2008-04-13) are processed with the software package ISCE (InSAR Scientific Computing Environment, Agram et al., 2013) and downsampled using the quadtree algorithm. 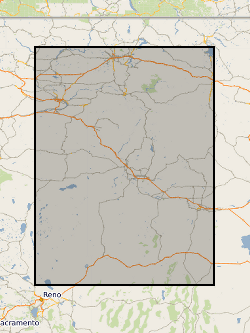