After the IODP leg 357 (March 2016 ), four serpentinite samples from this survey, and four gabbro samples from the previous IODP leg 304- 305 that studied the same region, were sent from Marum IODP core repository to the University of Southampton. The rock samples were 6 cm height working halves of cores with a diameter of 6 cm. They have been resampled as cylindrical mini-cores of diameter of 5 cm and a height of about 1.6 cm. The samples were first oven dried at 40°C for two days, then saturated with 35 g L-1 NaCl brine. Saturated and dry weights and the diameters and heights of the samples were measured tree times in order to estimate the porosity and the density of the samples. The samples have been then kept under vacuum in a pressure vessel of two days and the pore pressure were increased to 5 MPa. Pore pressure was kept constant for the measurements under increasing and decreasing effective pressures. The ultrasonic wave velocities and attenuations were measured using pulse-echo technique. The electrical resistivity is measured with an array of 16 electrodes. For permeability determination, for the most permeable samples we used the Steady State flow technique based on Darcy's law. For the less permeable samples the pressure transmission method has been used. For calibration purposes, both methods were used on one sample. 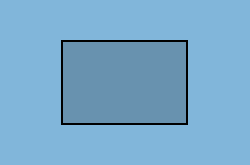