This dataset is directly derived from the MiningHazardNotIncludingCoalGB_v7 dataset, which in turn was derived from a diverse range of material. It was constructed using GIS software via seven individual data layers each of which was created either from DiGMapGB-50k Bedrock data, information from literature and local and expert knowledge. The data is compiled into a series of individual data layers which undergo a series of GIS data processes before being combined and edited into a single final data layer. Information is then checked by geologists with detailed local knowledge. 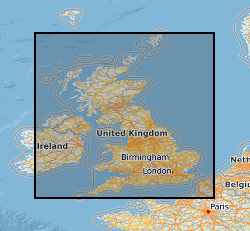