The BGS Geology 50k dataset is a digital representation of the geology of Great Britain at 1: 50 000 scale (or 1:63 360 scale for areas surveyed and published prior to 1970). It is a compilation of digital tiles derived from previously published and unpublished maps, archive information and results of field mapping campaigns. The mapping, description and classification of rocks are based upon the interpretations and evidence available at the time of survey, or time of re-evaluation for modifications/correction. The data has been digitally captured from paper record, originally using Bentley MicroStation and latterly ESRI ArcGIS software. Post capture processing has occurred to combine geometry and attribution from existing BGS data resources. Quality control checks are run on individual data batches prior and subsequent to their integration into the main data mosaic. The source dataset is dynamic in nature with periodic comprehensive data releases. 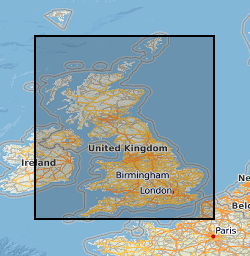